Psycho was not just only one of the youngest writers at 14 years old of his generation to be down with The Cool 5, but he was also one of the most notorious and feared graffiti writers as well. When he wasn’t busy vamping toys, and whole crews by himself, he was painting with the likes of Poke, West, Risk, Zame, Zear, Serve, Say Six, Lil’Man and Epsin the 1 tunnels on 145th and Broadway the mid 1980s.

Psycho has been responsible for either having a strong hand or directly putting down fellow TC5ivers; Resk, Claw, Kaws, West, Dash, Dezo, Dero, Wane, Oas, Gets, Doves and Sye. all choices that he is extremely proud of.

Today Psycho is a mild mannered guy who tattoos and writing about his misadventures on the 12oz Prophet website. He strives to become the first true literary voice of his generation. 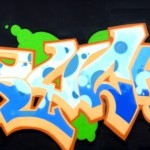 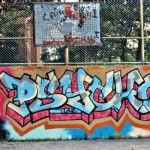 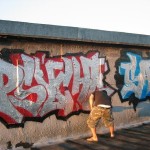 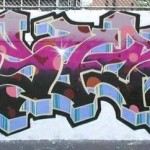