Perhaps his parents foresaw Dero’s artistic future when they christened him Blue. In 1979 when Dero began to pay attention to graffiti, daily exposure to Blade , Lee and Slave whole cars running through his Bronx neighborhood inspired him to begin drawing on paper. Sketching led to painting and a graduation to walls and rooftops around his neighborhood.

In 1983 Dero caught a lucky break when his cousin brought home a black book, loaned to him by a famous writer from his school. The book belonged to DEZ, king of the 1 and 3 lines. Dero befriended DEZ who took him under his wing , bringing him to lay-ups and introducing him to a network of established writers. Dero recalls: “Dez called me up in 1984 and told me to meet him on a lay-up on the four line that night to go painting. I got lucky. Dez brought Duster UA and we rocked a three man car together.”  Dero began painting with a newer crop of local writers most notably POEM and Wane. Dero and his new partners dominated the lay-ups in the East Bronx and from 1985-1987 , a time when graffiti was being effectively eradicated by the MTA, Dero became king of the highly prestigious 2 and 5 train.  A graffiti purist, he didn’t rely on fancy backgrounds or characters , but developed a perfectly crisp symmetrical style of mechanical lettering at a time when  writers put more emphasis on throw-ups and ink tags on the outsides than pristine lettering.  In 2012 Dero launched a comeback, hitting spots in Denver, Miami ,Indiana of the Boogie Down. Now armed with modern paint Dero’s burners have ascended to an even higher plateau. Not bad for a cat who laid his cans to rest over twenty years ago. 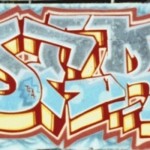 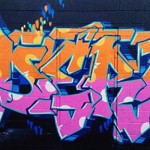 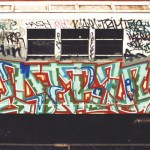 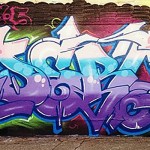 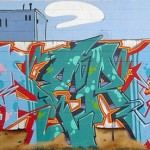 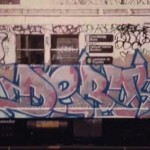 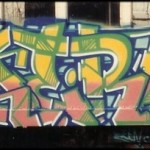 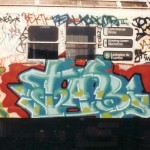 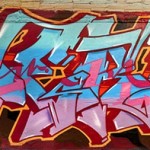 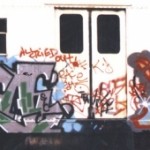 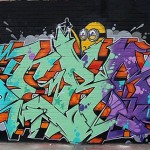 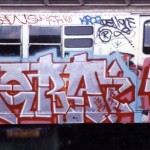 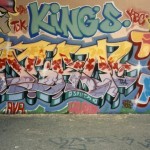 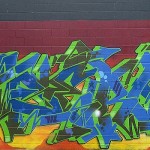 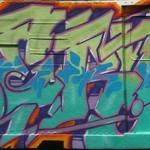 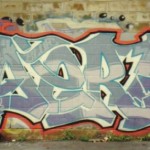 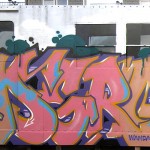 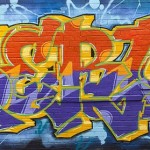 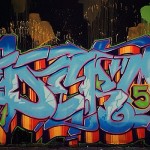 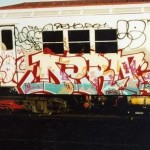 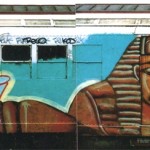 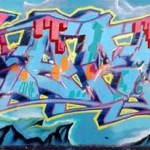 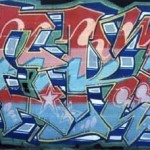 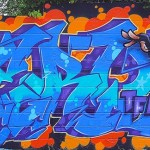 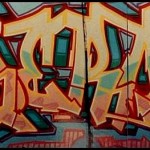