BOM5 was born in the South Bronx and raised on 174th Street and Hoe Avenue.
He started out as 174 Spider and ran with The Savage Skull. He learned rocking from Hollywood, mighty Moke, Chulo Snake and Tony Amore and eventually started his own rokcing crew called “WE ROCK”. He eveuntually go tinto writing and quickly learned WILD STYLE thru his mentors BILLY167 (RIP) and REPEL (SLICK INC.). He soon toook the name BOM5.

Got out of the gang life and into HIP-HOP thru AFRIKA BAMBAATAA’s first jam on unity and quickly started getting down with Zulu Nation. He learned to B-Boy and DJ. He got down with the Zulu Kings and the Rocky Steady Crew which eventually lead to BOM5 creating hi own B-boy crew called Ready to Rock, and also partnered with RIP7 to be know as TWO TUFF BREAKERS. Soon,
MW (MAD WRITERS), BOM5’s own graffitti crew with his brother BANEONE was born soon after.

Today, BOM5 has started his own clothing line, BOMIN’ GEAR, and a design company MECHANICAL WARFARE. He, also, started a program called “OFF THA WALLS” to teach kids graffiti art in a positive way. He has worked for Coca-Cola doing graphic design and murals.

In addition to these projects, BOM5 partnered with old chool friend, NAC143, to create MADHATN’, a company specializing in airbrushing and graffiti art on caps and clothing. He also lectures on life growing up in the BURNT-DOWN-BRONX. And travels the globe spreading the love of HIP-HOP CULTURE. 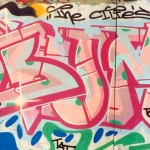 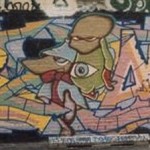 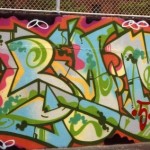 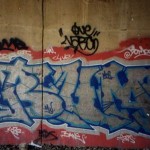 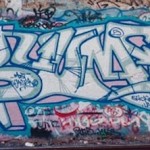 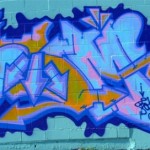 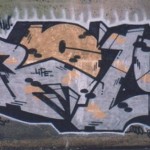 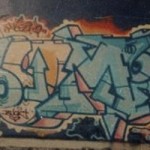 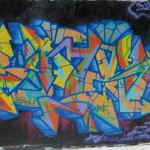 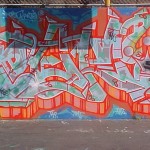